After all, companies don’t go public with a share price below $5. Thus, if a stock is trading below $5, that means investors have sold it off to be below $5. That usually means there is something really wrong with the underlying growth story, the valuation, or both.

For this reason, finding a winner in the sub-$5 group is like finding a needle in a haystack.

But if you find that needle, you could be looking at huge gains. After all, once upon a time in 2001, Amazon.com, Inc. (NASDAQ:AMZN) was basically a $5 stock.

I’m not saying you’ll find the next Amazon in the sub-$5 group, but you could find a stock will go up 2-5x or more in a hurry.

With that in mind, here is a list of 5 cheap stocks under $5.

Bladex (NYSE:BLX), or Foreign Trade Bank of Latin America, based in Panama City, serves as a special purpose bank. The bank works to facilitate trade and business relationships between Latin America and the Caribbean. Its commercial sector accounts for most of its activities and generates most of the institution’s income. Its treasury sector handles funding, liquidity, and investment management. Operating in Panama also creates a unique advantage. Since the Republic of Panama uses the United States dollar, it also enjoys the credibility that comes with conducting business in the world’s reserve currency.

BLX remains a stable institution for more reasons than its use of the U.S. dollar, though. This stability extends to the growth (or lack thereof) of revenue and net income levels. After seeing revenue and profit growth in 2014, both revenue and profits had fallen back to 2013 levels by 2017. Growth has stagnated since, and analysts believe that it will not resume until next year.

Hence, dividends remain the compelling reason to invest in BLX stock. While dividend levels saw some fluctuations in past years, the company has held its annual dividend to the $1.54 per share level since 2016. This roughly translates into its 6.1% yield. Moreover, if profit growth predictions hold, consensus 2018 earnings of $2.12 per share should cover the dividend. Also, if the company meets 2019 profit forecasts of $2.46 per share, a dividend increase for 2019 remains a possibility. With the advantages of operating in Panama and the stability of its income, the BLX stock dividend remains a safe bet for a high dividend return. 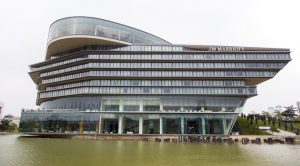 I’m not a big traveler but my wife is, and whenever she’s on the road for work she stays at a Marriott International Inc (NYSE:MAR), usually at a Courtyard Marriott when in the U.S. and Delta when in Canada.

She’s excited about the upcoming merger of Marriott Rewards with Starwood’s loyalty program which gives her a greater option of places to stay for work. Traveling as much as she does, it’s essential to have an excellent hotel to return to at night.

Marriott is continuously opening new hotels. Its pipeline is massive. As of the end of the first quarter, it had 465,000 rooms either under construction or soon to be with 49% in North America, 30% in Asia, and the rest in other parts of the world with 82% of them, upscale or above.

Back in 2013, I wrote about its new Moxy brand. It now has ten Moxy Hotels open in the U.S. with another 14 on the way — and that’s just one of its many brands.

Long-term, this is a hotel stock you want to own.

UnitedHealth Group (NYSE:UNH) is the largest single health carrier in the United States. It serves more than 85 million people worldwide and is a parent company to six businesses, including UnitedHealthcare — health insurance that offers policies to businesses and individuals, including Medicare and Medicaid policies.

Its other main branch, Optum, administers everything from mental health and substance-abuse programs to mail-order pharmaceuticals.

While many drug store stocks were rocked by the news that Amazon has now entered the pharmacy business, UNH has been relatively undisturbed because of its integrated strategy.

Additionally, cash flows from operations are expected to be in a range between $15 billion and $15.5 billion, and UnitedHealth Group is calling for total revenues between $223 billion and $225 billion. 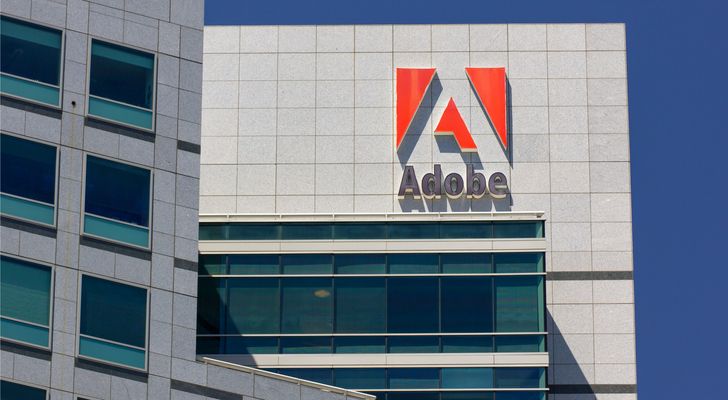 The story at Adobe (NASDAQ:ADBE) is a faster-growing version of that of Microsoft (NASDAQ:MSFT). In both cases, the shift from “on-premise” software to cloud-based offerings hasn’t just been a case of selling the same product in a different medium. Rather, the move to the cloud has opened up new cross-selling and revenue opportunities … and benefited margins as well.

Indeed, Adobe’s fantastic growth story often seems a bit lost in the shuffle in terms of tech coverage, despite a $120 billion market capitalization and hugely impressive performance. In fiscal Q2, revenue rose 24% and EPS jumped an impressive 77% year-over-year. Adobe once again beat analyst estimates; it hasn’t missed consensus on either revenue or EPS since September 2014.

Valuation is a bit of a concern, as Lango pointed out after the fiscal Q2 report. But a 31x forward EPS multiple isn’t that oppressive in the context of recent growth, and a pullback since earnings has brought the valuation in a bit. Investors are still paying up for ADBE, but at least they’re paying up for quality.

Shopify is an e-commerce platform company that helps businesses of all sizes run their own online store and sell products via social media and through platforms including Amazon.com.

When it comes to growth stocks, it doesn’t get much better than Shopify. About 600,000 merchants are now using its platform, up from 243,000 just two years ago. And in the fourth quarter of 2017, Shopify’s sales were boosted by 71% year over year. The growth has been sparked in part by its ability to bring bigger (read: more lucrative) companies onto its platform. Shopify ended 2017 with 3,600 high-end Plus customers, including huge companies like Cummins and Ford. Shopify Plus customers pay a premium for the company’s services and these sales are helping to boost Shopify’s monthly recurring revenue (MRR). MRR from Shopify Plus now makes up 21% of total sales, up from 17% in the year-ago quarter. But wait, there’s more. Not only are sales booming, but the company’s gross merchandise volume (the value of the transactions processed on its platform) jumped 71% in 2017.

Shopify’s share price has jumped about 60% over the past year, and while it’s experienced some volatility, there’s likely more room for this company to run. That’s because the online shopping market is still booming and is expected to climb from $385 billion in 2016 to $632 billion by 2020.

Investors should know that Shopify’s shares aren’t cheap and its stock price is likely to see more dips and pops ahead. But this company is quickly building out its own niche in the e-commerce market and has proved that it knows how to add customers both big and small. If Shopify continues at this pace, stable profitability shouldn’t be far behind.