If you’re looking for dividend stocks with both high yields and room for growth, here is why renewable energy is a great place to start.

One of the biggest temptations in gold stocks is seeking out the cheapest name possible. While that could be a lucrative play, the probabilities aren’t very favorable. Instead, with a potential industry upturn on the horizon, you should load up with quality investments. In the precious metals mining sector, few are as renowned as Barrick Gold Corp (USA) (NYSE:ABX).

ABX stock is intriguing particularly due to its fundamentals. Unlike lesser firms that simply folded during the metals fallout, Barrick rolled up their sleeves and got to work. Recognizing top-line hardships, management made tough but necessary decisions to streamline the organization. The results are conspicuous. Over the last four years, SGA expenses declined from $412 million to $301 million, or a 27% reduction.

Other unnecessary operating expenses were eliminated, helping to free up $66 million from four years prior. Thanks to their efforts, ABX went from losing $2.9 billion in 2014 to producing $655 million, and $1.44 billion in net income over the past two years.

But despite these significant achievements, ABX stock is down 12.6%. I think this is an overreaction. Barrick is a much leaner and more efficient company than it was during the metals downturn. In addition, it’s also profitable – something that not too many in the sector can say.

E-commerce is an undeniable trend that could certainly make investors rich. The problem for retirees is that many of the popular e-commerce stocks are highly volatile, pay no dividends, and are generally not suitable for a retirement investment.

Prologis is an exception. The company is a REIT that specializes in "logistics" properties, such as warehouses and distribution centers. Not surprisingly, Amazon is a major Prologis tenant, as are companies like Walmart, DHL, and Best Buy. In all, Prologis owns nearly 3,300 properties with a massive 684 million square feet of space.

Despite its enormous size, there could be lots of room to grow. Worldwide e-commerce sales are expected to grow by almost 50% by 2020, and since just 12% of all retail sales are currently online, this could be just a starting point.

And here’s the key growth statistic: E-commerce fulfillment requires three times the distribution-center floor space that brick-and-mortar retailers do. So, as e-commerce continues to grow, the necessary logistics real estate will grow even faster.

As far as Prologis’ suitability for retirees, here are some numbers that could make you smile. The company has one of the highest investment-grade credit ratings (A3/A-) in the REIT sector, pays a handsome 3% dividend yield, and has done a great job of increasing its payout over the past several years — a trend that is likely to continue.

Best Safest Stocks To Own Right Now: ON Semiconductor Corporation(ON)

Aggressive accounts may want to look at this smaller cap play. ON Semiconductor Corp. (NASDAQ: ON) is a vendor of analog power management, analog signal conditioning, standard logic ICs and discrete chips into the automotive, communications, computing, consumer, industrial and medical applications. The company is in the midst of a transformation from a seller of commodity discrete chips into higher value-added analog ICs, both through organic growth and acquisitions.

The analysts view ON as an underappreciated way for investors to benefit from the emergence of advanced driver assistance systems and eventually autonomous driving. While the company is inherently levered (operationally and financially) and therefore subject to investor fears of cyclical volatility, many continue to see structural upside for the shares.

Facebook shares have already begun recovering from the Cambridge Analytica scandal. The stock bottomed out at $149 amid revelations that Facebook’s data was co-opted against its rules to influence the election, which led to a whirlwind of concerns about privacy and how the company handles user data.

CEO Mark Zuckerberg went before Congress last week to answer questions from legislators and defend the company, and investors responded to his performance favorably, sending the stock higher. As of this writing, the stock is back up at $168, but is still trading significantly below its all-time high of $195, where it was before the scandal broke. 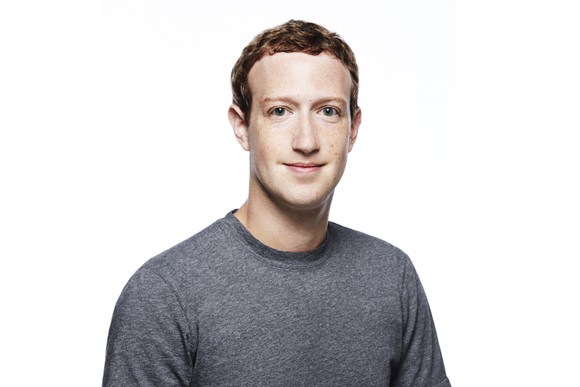 It’s starting to look like the social network will emerge from the incident unscathed. On Google Trends, searches for terms like "Cambridge Analytica" and "delete Facebook" have declined sharply since peaking in March. More importantly, Facebook has said that there’s been no significant effect on advertiser behavior. At a Wall Street Journal forum, Facebook vice president of global marketing solutions Carolyn Everson said users mostly hadn’t changed their privacy settings, and that the company doesn’t expect any noticeable impact to revenue.

Moreover, even if Congress decided to impose regulations in the aftermath of the scandal, it would likely squeeze Facebook’s weaker rivals like Twitter and Snap as well, further strengthening the company’s monopolylike dominance of social media.

Take advantage of the sale price before the discount’s gone. I’d expect another strong earnings report from the social-media giant when it delivers first-quarter results later this month.

TWTR shares dropped more than 10% after Bloomberg reported that Israel is considering sanctions against the company for online incitement.

Not only is the company dealing with these specific headline, but it also sees looming fears that tighter regulations are coming. FB officials are expected to brief various Congressional committees on Wednesday.