So we asked three top Motley Fool investors to each discuss a growth stock that they think investors should consider buying now. Read on to learn why they like following stocks.

Twitter (NYSE:TWTR) added to its 47% spike in 2017 to gain over 80% so far this year. The micro-blogging platform isn’t logging anything near the user growth or the profit boosts that peer Facebook has managed. However, Twitter did post a 21% sales improvement in the most recent quarter as growth accelerated sharply from the prior quarter’s 2% uptick. Looking ahead, shareholders are hoping that CEO Jack Dorsey and his team can significantly boost the user base from its current level of 336 million. As its content trends toward high-margin video, meanwhile, advertising income should help Twitter log another year of earnings improvements as it works toward achieving annual profitability.

While red-hot oil prices helped fuel Hess’ gains this year, it was far from the only catalyst. Hess and its partner ExxonMobil announced three more offshore discoveries near Guyana, bringing the total to eight. The partners now plan to develop three phases of that field, which could produce more than 500,000 barrels of oil per day by late 2023. In addition to that, Hess continued cleaning up its portfolio and balance sheet by selling its joint venture in the Utica Shale and paying off more debt. Meanwhile, the company has used the excess cash generated by higher oil prices to buy back stock, authorizing a $1.5 billion repurchase program, enough to retire nearly 10% of its outstanding shares. The company could expand that program even further later this year given the uptick in crude prices.

This is a rare opportunity to pick up shares in a red-hot growth stock at a serious discount.

The Linux and open-source software veteran had seen its share prices double in 52 weeks, heading into June’s first-quarter report. In that report, Red Hat exceeded its own guidance targets across the board and also stomped Wall Street’s expectations. Yet, the stock took a 12% nosedive the next day and has stayed down ever since. Today, Red Hat shares are trading 23% below those pre-earnings highs.

Analysts took one look at Red Hat’s modest second-quarter guidance, ignoring optimistic full-year targets, and punished the stock with a slew of downgrades and target-price cuts.

It’s true that Red Hat shares were trading a little high before this correction, as the market cap amounted to 112 times trailing earnings and 36 times free cash flows. But Red Hat has earned its druthers by posting a long string of fantastic high-growth results. In the first quarter, earnings rose 24% year over year on 20% higher sales.

This sale won’t last. Grab Red Hat’s stock while the discount is hot.

Successful investors know the value of a company that generates cash and has a durable competitive advantage over the competition. If you combine those with growth you get a stock with home run potential. That’s why after all these years of the stock going up, Apple is still a great buy today.

The chart below shows that Apple is still a growth company, increasing revenue by 45% over the last five years and generated over $53 billion of net income in the past year.

What Apple has going for it is an engrained ecosystem in smartphones that will be nearly impossible for competitors to penetrate. The iPhone may only have 15.6% of the global smartphone market, according to IDC, but it’s the premium portion of the market and generates far more value than competitors. iPhone is also the center of the ecosystem, which expands to Macs, Apple TVs, AirPods, and other products that work seamlessly with Apples apps and services.

For investors, the earnings you see above are returned in the form of a dividend, currently yielding 1.6%, and share buybacks using the $145.4 billion of net cash on the balance sheet. With a new plan to be "cash neutral," that could mean hundreds of billions in share buybacks over the next decade, $100 billion of which is already authorized by the board of directors. Whether you’re looking at earnings, cash on the balance sheet, or a company with a wide competitive moat, Apple fits the bill.

On Monday, the Supreme Court overturned a 1992 federal law that essentially banned sports betting in most states. With  roughly $150 billion in illegal wagers now being freed up in the market, gaming stocks could see huge returns and put up impressive numbers for investors. Here is everything you need to know to get ahead of this trend.

The entire sports gambling industry has room to profit from this new law, and most likely almost every gaming company will see an uptake in bets and profits. That being said, investors are looking to maximize their returns both in the short and long run. Analysts from Morgan Stanley have highlight one possible option, saying the ruling is “a slight positive for regional gaming stocks.”

Of these companies, Boyd Gaming (BYD) and Penn National (PENN) are two multi-state gaming companies that seem to be in line to profit the most, and for the longest duration of time, according to the investment bank. Penn National is currently sitting at a Zacks Rank #1 (Strong Buy), compared to a Zacks Rank #3 (Hold) for Boyd Gaming.

The Supreme Court decision came out yesterday, most likely not providing enough time for analysts to adjust earnings estimates. That being said, Penn National came into the legislation already at a strong buy, and with a nearly-guaranteed increase from legal gambling, the company is positioned very well relative to the market. In the past day and a half, Penn National stock has risen 5.4%, showing positive investor reaction to the new legislation.

But although investor sentiment is pushing the stock in the right direction now, outside competition could shake up the entire industry.

Traders bought shares of Harris Co. (NYSE:HRS) on weakness during trading hours on Friday. $44.00 million flowed into the stock on the tick-up and $20.72 million flowed out of the stock on the tick-down, for a money net flow of $23.28 million into the stock. Of all companies tracked, Harris had the 27th highest net in-flow for the day. Harris traded down ($0.22) for the day and closed at $144.54

Shares of JetBlue popped on Wednesday morning as the company inches closer to the release of its first quarter earnings report on April 24. Prior to this surge, JBLU stock had been down more than 11% over the last month. But JetBlue has earned five upward earnings estimate revisions within the last seven days, and the company’s revenues are expected to climb by nearly 10% to reach $1.76 billion.

Investors might be less pleased to note that JetBlue’s Q1 earnings are expected slip 12% from the year-ago period to hit $0.22 per share. With that said, the company is currently a Zacks Rank #3 (Hold) and boasts an Earnings ESP of 1.02%. This means that JetBlue looks poised to top Q1 earnings estimates. 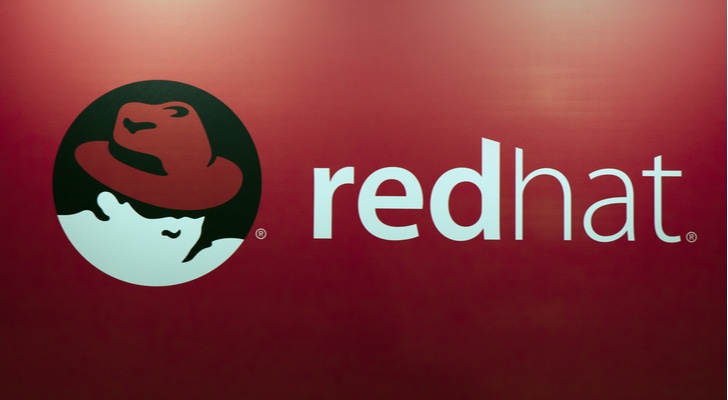 So on one hand, investors are catching a falling knife. On the other, it’s not as if Red Hat stock is suddenly that cheap. RHT still has gained 12% so far this year — and still trades at 33x forward earnings. If growth truly is decelerating, as investors seem to fear coming out of the weak Q1, there is more potential downside here. Near-term, investors might want to wait for a bottom before trying to enter a position.

RHT stock isn’t cheap but it is cheaper. And there’s a case that after the 24% selloff, it’s back to being too cheap.

The "perfect" stock for a retiree to buy would pay out a nice dividend, boast a rock-solid business model, have decent growth prospects, and be trading for an attractive price. One company that checks all those boxes right now is the industrial giant 3M.

Let’s start with the dividend: 3M’s yield is 2.73%, which is much higher than the S&P 500. The company has also increased its payout for 59 years in a row, which is a remarkable achievement that qualifies it as a Dividend Aristocrat. Better yet, since the dividend consumes only about half its profits, there’s ample reason for investors to believe that the dividend growth can continue from here.

Turning to the business model, 3M sells thousands of products that are used every day. The best known are from its consumer division, which sells branded products like Post-it notes and Scotch tape. However, the company actually pulls in the vast majority of its revenue from industries that are not consumer-facing, like healthcare, electronics, energy, and the industrial markets. This extremely diversified revenue stream helps to insulate the company’s revenue and profits from economic downturns.

As for growth potential, 3M has long been viewed as an innovation machine that churns out new products every year. When combined with margin improvements, acquisitions, price increases, and stock buybacks, Wall Street expects the company to produce earnings growth of more than 9% annually over the next five years. That’s not too shabby for a company that has been in business for more than 100 years.

Despite boasting a long history of success, Wall Street wasn’t pleased with the company’s first-quarter earnings report and has sold off shares hard as a result. The drop has caused shares to plunge more than 20% from their recent all-time high and has knocked down the valuation to about 17 times next year’s earnings estimates. I think that’s an attractive price to pay for a high-quality business that has a history of delivering for its shareholders.