The first-quarter earnings season has just kicked off. Per the latest Earnings Preview, the bottom line of S&P 500 companies is expected to increase at a highly impressive rate of 16.6% on a year-over-year basis. This prospective upside marks the maximum quarterly earnings growth pace in seven years.

The report further predicts that 11 of the 16 Zacks sectors are projected to exhibit double-digit earnings growth in the to-be-reported quarter. Total revenues for the same set of companies are projected to grow 7.5%.

However, focusing our attention on the Large Cap Pharma and Medical-Drugs sector, we note that both these sectors have decreased 6.2% and 4.2%, respectively, since February this year due to broader market pressure. Further, the S&P 500 index has registered a decline of 6.2% since the second month of 2018.

We remind investors that the U.S. stock market is facing a severe volatility since the last couple of months despite a strong start this year. This downside can mainly be attributable to a potentially damaging trade war between the world’s two largest economies, United States and China, since this February.

After President Donald Trump announced plans to impose tariffs on up to $60 billion of annual Chinese imports, China retaliated by notifying its intention to levy tariffs on 128 U.S. products. Such aggressive exchange has triggered tensions of a possible trade dispute between the two countries. Moreover, sluggish large-cap tech stocks are cited as another reason for this plummet in the market.

Despite the recent market unrest, an optimistic sentiment revolves around the remaining year. Notably, the biotech sector is likely to improve as the year advances. We expect new product sales to thrive in tandem with rising demand.

This apart, a successful innovation and a host of product launches, strong clinical study outcomes, more frequent FDA nods, solid performance of key products, growing demand for drugs, especially to deal with rare-to-treat diseases, an ageing population and an escalated healthcare expenditure are some of the factors to keep the sector stable.

It is important to note that the outlook for the upcoming first-quarter results looks bright. Per the Earnings Preview, the broader Medical sector (inclusive of drug, biotech as well as Medical Device companies) is expected to record 6.3% year-over-year growth in revenues and a 7.8% rise in earnings. 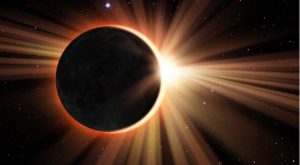 SunRun Inc (NASDAQ:RUN) is a solar company that focuses on residential rooftop solar.

Alternative energy stocks have been up and down since the Trump administration has taken office. When subsidies and government support were coming apart and energy was put into reviving fossil fuel industries, renewables were under threat.

But recent tariff talk, especially regarding China, has given a boost to renewables again. China has been dumping solar panels on the U.S. market, hurting domestic producers.

Also, solar has hit an inflection point, and many companies are building in financing options for solar panels and more and more consumers are seeing the advantages of energy savings and independence.

Up more than 80% year to date, and carrying a respectable $1.2 billion market cap, RUN is a good choice in this growth sector.

Roku Inc. (NASDAQ:ROKU) shares look ready to recover from a five-month downtrend with a break above its 50-day moving average. The decline reversed roughly half of the post-IPO rally, setting up a good entry point for value-focused investors.

Management continues to execute well and expand its streaming TV user base with a shift from set-top boxes to built-in smart TV functionality.

The company will next report results on Aug. 8 after the close. Analysts are looking for a loss of 13 cents per share on revenues of $141.6 million. When the company last reported on May 9, a loss of seven cents per share beat estimates by nine cents on a 36.5% rise in revenues.

Bank of America Corp (NYSE:BAC) shares were unchanged on Tuesday after bonking on their 50-day moving average on Monday despite reporting better-than-expected results on Monday morning. Earnings of 62 cents per share beat estimates by 3 cents on a 4.1% rise in revenues. The results were helped by a 9% revenue increase in its consumer banking business and a spike in equity trading related to the market volatility seen during the quarter.

When the company last reported on Jan. 17, earnings of 47 cents beat estimates by 2 cents on a 3.5% rise in revenues.