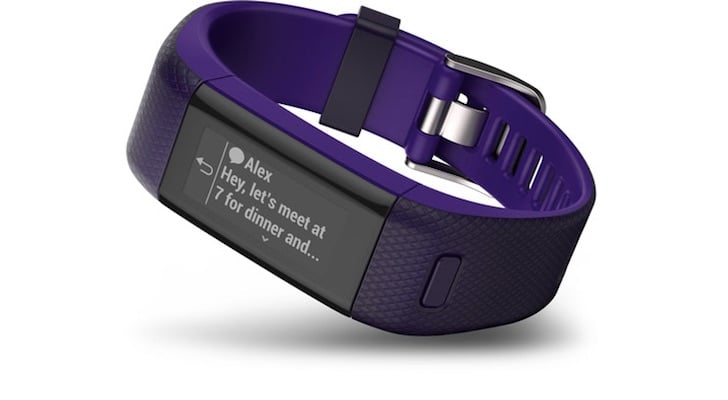 Garmin has already weathered one storm, the decline of dedicated navigation systems and now the company has proven that it can stand up to competitors in the smartwatch space.

Garmin’s ability to keep focused on what consumers know and love about the company- GPS. When Garmin first came on the scene with consumer GPS devices, it was touted as innovative and bold, but now the company has paired back its innovation and instead makes useful devices for a niche group that are loyal to the brand.

That strategy has kept the company competitive in the wearables space and made the stock a good long-term bet, especially for income investors.

GRMN offers an impressive 3.58% dividend yield and boasts a relatively safe 65.38% payout ratio. That means investors can be confident that they’re going to see an income from their Garmin investment while also taking comfort in the fact that the firm knows what it takes to remain resilient in an ever-changing tech industry.

The changing landscape brought on by the advent of e-commerce has made investors leery of brick-and-mortar retail, and sent them fleeing from anything having to do with shopping malls. This has resulted in plunging stock prices for a number of real estate investment trusts (REIT) involved in the space. Companies with this special tax structure are required to pay out 90% of the income in the form of dividends.

Investors have been known, however, to "throw out the baby with the bathwater," and National Retail Properties is a classic case of that. The company has seen its stock price plunge over e-commerce fears, falling nearly 28% from highs reached in mid-2016. These concerns are unfounded and belie the actual nature of the company’s business. 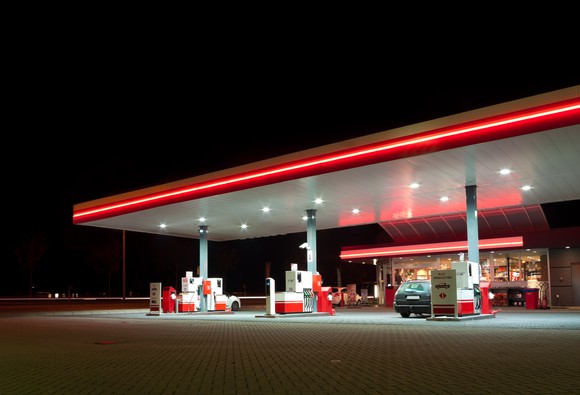 National Retail Properties has a diverse group of retail locations that aren’t likely candidates for disruption by e-commerce. The properties in its portfolio include gas stations, convenience stores, restaurants, automotive service locations, fitness centers, car washes, and movie theaters. These businesses can’t be replicated with online purchases, making them largely immune to the effects that are being experienced by many retailers.

The company invests in single-tenant retail buildings — not malls — that have automatic rent increases built into the contracts, which typically run between 15 and 20 years. Tenants are also required to pay the recurring costs of property ownership, like taxes, utilities, and insurance.

National Retail Properties boasts a current yield of 4.9%, nearly three times that of the S&P 500. The company also is a Dividend Aristocrat, having increased its payout for 28 years running.

The combination of high-yield, built-in income increases and a long history of payouts make this company the perfect high-yield stock.

Our last company is often considered a healthcare play, but its high-tech diagnostic platform makes it a shoo-in for this tech list.

Accelerate Diagnostics Inc (NASDAQ:AXDX) is on the cutting edge of patient diagnostics, with its world-class testing software and digital microscopes. The company also is part of the artificial intelligence conversation with its fully automated lab techniques that process blood samples without any human interaction — or human error — to help medical professionals make the most accurate diagnosis.

Yes, this is a company with healthcare applications. But a quick look at Accelerate’s website will show you its products and technology are definitively part of a high-tech future.

Like many healthcare startups, Accelerate is not yet profitable. But its revenue ramp is impressive as sales have grown pretty close to exponentially — from just a few thousand bucks per quarter in 2016 to a few million bucks in fiscal 2017 and projected revenue of over $70 million in fiscal 2018!

This is one of those companies that you want to be in on the ground floor with since it is at the convergence of many positive factors — disruptive technology, hyped-up trends like artificial intelligence and a demographic certainty of aging baby boomers requiring more care and more sophistication in their treatments. No wonder Accelerate roughly doubled from June 2016 to June 2017!

Despite softening up shortly after that peak, shares made a comeback at the end of 2017 … you can expect this momentum to keep up in 2018 once the bulls catch their collective breath. 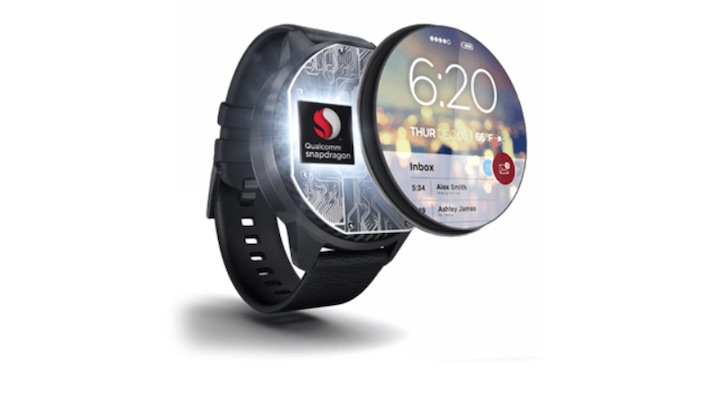 Wearable tech makers aren’t the only ones with a horse in this race- it’s important to also consider chip makers like QCOM stock, whose processors power a significant chunk of the wearable market.

Qualcomm’s Snapdragon Wear processors can be found in all corners of the wearables market but most notably the company provides the chips for the majority of Android’s smartwatches.

Not only is QCOM stock a good play in the wearables space, but the company is also trading relatively cheap at the moment because of worries about a trade war with China.

However, some of that pressure appears to be lifting, which has lead many to predict that QCOM has a pop coming in its future.

Qualcomm was due to take over NXP Semiconductors (NASDAQ:NXPI), but Chinese regulators put their review of the deal on hold as trade tension with the US escalated. However, the review appears to be getting back underway. While that doesn’t guarantee that the deal will go ahead, it is a definite step in the right direction.

Over the next year QCOM stock is likely to see some turbulence as news about the NXP takeover plays out, but investors will be comforted by the company’s 4.46% dividend yield that should make up for some of that unease.

Arrowhead Pharmaceuticals stock jumped 38% this week. Although the company announced its Q1 financial results on Tuesday, the bigger story for Arrowhead wasn’t about the top and bottom lines. Instead, investors were encouraged by the biotech’s pipeline updates.

"Target the gene, silence the disease" is Arrowhead’s slogan. The company uses RNA interference (RNAi) to silence gene expression and regulate the production of proteins. This approach allows focused targeting of a wide range of genes and disease pathways that have been difficult to address in the past.

Arrowhead announced this week that it had initiated dosing in two phase 1 clinical studies evaluating RNAi therapies in treating rare genetic disease alpha-1 antitrypsin deﬁciency and hepatitis B. The company also reported that it plans to submit for European approval to begin clinical studies for two preclinical candidates, ARO-APOC3 and ARO-ANG3, later this year.