The first-quarter earnings reports for S&P 500 companies are pretty much in the books as I write this. The results, for the most part, were overwhelmingly positive, which leaves investors with the difficult task of picking stocks to buy.

Fact A: According to Factset Research Systems Inc. (NYSE:FDS), with 91% of the S&P 500 companies reporting earnings in Q1 2018, 78% delivered a positive earnings surprise while 77% reported a positive revenue surprise. If this holds up, Q1 2018 will be the most surprising quarter of earnings results since Factset started keeping track in 2008.

Fact B: The blended earnings growth rate (actual plus estimates) for S&P 500 companies in the first quarter is 24.9%, the highest rate since Q3 2010. Add to this the fact ten sectors have a higher earnings growth rate today than at the end of March thanks to Fact A, and you have the makings of an earnings tsunami.

To save you the work of digging through all of the data, I’m going to do it for you. By the end, you’ll have seven surprising stocks to buy from seven different sectors. But before you run out and buy the stocks on my list, remember that some experts are suggesting we’re currently experiencing peak earnings; the future’s not going to be nearly as rosy.

A crystal ball, I don’t have.

Perion Network Ltd (NASDAQ:PERI) is an Israel-based company that has lost 58% in the past year.

Some of that has to do with internal issues in Israel on the political and economic fronts, but it also has to do with the constant flux of the sector it’s in — digital media advertising.

Most of its work is in the U.S., Europe and other international markets, but digital advertising is still a challenging space. There are so many channels and technologies are changing so rapidly that it’s tough to stay relevant. On the other hand, to find the balance between the familiar and the new and different is also difficult.

Long term, the hope here may be that a bigger firm buys them out.

Gold mining companies can mine for more gold, but ultimately, there’s only so much gold in the ground. As a result, the amount of gold that a company has in reserves is important in determining if a gold mining stock is worth owning long-term.

One of the best ways to evaluate a gold miners reserves is to consider if its reserves are growing at a pace that’s equal to or greater than the pace of the company’s gold production. Companies that can find gold faster than they can mine gold are likely to have the best shot at profiting from peak gold — the point at which gold production plateaus before drifting lower because gold is getting harder to find.

As of December 31, Barrick Gold is the world’s biggest gold miner by production and its proven and probable gold reserves totaled 64.4 million ounces.

As a reminder, proven and probable reserves is an industry classification. It reflects reserves that companies have determined they can mine based on various factors, including geology, sampling, economics, politics, and other factors. 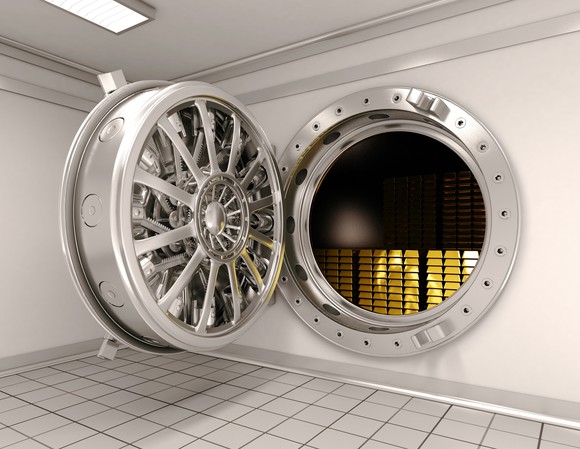 There were several enormous conglomerates — including Berkshire Hathaway — that came to mind as I searched for portfolio candidates worthy of holding for the next five decades. But I decided to go out on a limb and pick Boston Omaha, a small, relatively unknown company with enormous long-term promise.

Incidentally, Boston Omaha only just held its initial public offering in June 2017. But it really started to make waves this past December, when The Wall Street Journal revealed that one of its co-CEOs, Alex Buffett Rozek, is the great-grandnephew of Berkshire Hathaway CEO Warren Buffett. However, while the elder Buffett noted that his younger kin has "a very good mind" and "good values," he made it clear that he (Warren) doesn’t have anything to do with Boston Omaha’s actual business.

Still, as I read through Boston Omaha’s third annual letter to shareholders earlier this month, it became crystal clear that Boston Omaha is closely following Berkshire’s proven capital-allocation style and approach to generating long-term shareholder value. As it stands, Boston Omaha still hasn’t achieved sustained profitability, and its business is limited to billboard rentals, surety insurance, and investments in a couple of a smaller real-estate businesses.

But management is building the business to support much larger revenues — both through organic and acquisitive growth — going forward. And I think early investors who buy now and watch the company’s strategy play out in the coming years will be more than happy with their decision.

To be honest, I’m not the biggest fan of micro-cap Dover Motorsports, Inc. (NYSE:DVD). NASCAR attendance continues to drop, as do television ratings. Dover’s management has made some questionable decisions, including a multi-year attempt to sell its former speedway outside of Nashville, Tennessee, and the refusal to sell at $5 last decade (a price more than double the current $2.10).

But for investors focused on income and downside protection, there is a case to be made for DVD. NASCAR’s broadcast deal runs through 2024, providing guaranteed (and growing) high-margin revenue for each of the track’s two races. The company has made some money in Nashville, which will allow it to remove its debt, and it remains free cash flow positive. The dividend, paid annually, yields 3.9% after being raised last year.

There is some value here, though the question is whether largely absentee controlling shareholders will create that value. There’s also the possibility that the recent legalization of sports betting could benefit Dover – particularly given that Dover Downs Gaming & Entertainment, Inc. (NYSE:DDE), which split from DVD in 2002, sits right next door.

Again, I do question whether there’s much in the way of upside potential here — or if DVD simply will be “dead money.” But a near-4% yield does help the case, and investors who believe NASCAR can turn around — perhaps with some help from gambling — may see value here.

There are worse stocks in the market than DVD, to be sure, even if I believe there are better ones, too.

Corning’s annual dividend yield isn’t exactly jaw-dropping, at around 2.6% as of this writing, but with shares down more than 20% from their 52-week high, the glass technology specialist’s growing payout has become much more attractive than it was at the start of the year.

After all, Corning’s drop came despite a stronger-than-expected quarterly report in late January, led by double-digit growth from its core optical communications segment as large enterprise and carrier businesses continue to invest heavily in fiber networking technology.

To be fair, some investors are concerned with a temporary decline in specialty materials sales. Management predicted last quarter that revenue from this smaller segment — which notably includes its popular Gorilla Glass cover glass products — will fall around 10% year over year in the first quarter of 2018. That’s not indicative of a problem with demand, but rather was caused by the timing of orders from large OEMs that were aggressively building inventory late last year to support their respective launch cycles. As those OEMs continue to look to Corning to provide specialty glass on a slew of new products from smartphones to tablets and automotive innovations, this business will take a turn for the better in the coming quarters.

Finally, recall that Corning just passed the halfway point of its four-year strategic and capital allocation framework. Under that framework, the company is on track to not only invest $10 billion in future growth opportunities, but also to return more than $12.5 billion to shareholders through dividends and stock repurchases. Corning has pledged to increase its dividend by at least 10% each year through 2020.

For investors willing to take advantage of the pullback, I think now is a great time to consider opening or adding to a position.